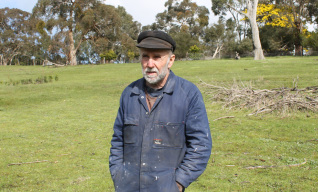 I have been an environmental activist since attending the inaugural meeting of the Adelaide University chapter of The Friends of the Earth in 1972. I had been radicalised, when as an economics student, it occurred to me that our entire economic system was predicated on a monstrous and fallacious assumption: that it is possible to have perpetual economic growth in a finite biosphere. I also became aware of the notion of global warming.

The main agenda item at that first meeting was to compile a prioritised list of issues to address. The top two items on that list were ozone depletion and carbon dioxide emissions. These problems seemed rather beyond the reach of a gaggle of hippy science students (I was the only budding lawyer) and so we contented ourselves with a campaign that contributed to the first, and as far as I know, still the only deposit and recycling system for beverage containers in Australia.

My next epiphany was the realisation that although the environmental problems challenging most industrial economies concern the detritus of their industrial processes; (i.e. pollution) paradoxically, in Australia, one of the most urbanised societies in the world, the most serious environmental issues are those relating to non-urban land management.

Some years later I abandoned my nascent legal career to become an experimental farmer. I and a small group of like minded people were acquired by 50ha of grazing land near Victor Harbor on the Fleurieu Peninsula. Inspired by concepts like Permaculture and other forms of analogue forestry our purpose was to develop more sustainable land uses. Over forty years later, my wife Christine and I are the only ones still employed in this endeavour, and we have paid a substantial price for our efforts.” 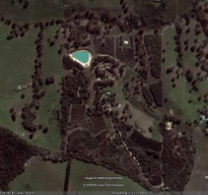 The conceptual framework underpinning this project was articulated over forty years ago. It has evolved significantly since its genesis, but still resides within the parameters of the original design criteria.
Those criteria include:

Example of  design detail resulting from such criteria include:

Plantings  include a range of endemic, and other native tree and understorey species. There is also a one-hectare (PIRSA) demonstration pine plantation. There are no plans to extend this plot. The composition of the woodlots have and  will change with time as experience informs management detail and market preference.  They have been chosen mainly with both firewood and some saw log production in mind. At present the main species planted are:

This list does not include  the numerous endemic species of trees,  shrubs and grasses that will be encourage to co-exist with the commercial species to increase biodiversity. 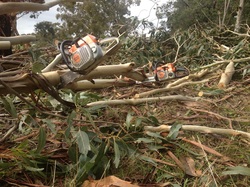 It is envisaged that once the project is fully developed, the system will be largely self regulating. Management will consist mainly of pruning, mulching, thinning coppiced  stems and weed control in addition to harvesting.

Fuel load is managed by strategic crash grazing and mowing of grassed areas and the mulching of slash within the woodlots.

As the limiting economic factor is production area, the management regime seeks to maximise production by progressive thinning rather than clear felling. The high labour requirement for such selective harvesting is balanced by the much higher biomass production that is the consequence of avoiding disruption to optimum site occupancy.

It is intended that by leaving a percentage of each firewood rotation to grow to sawlog and by encouraging some endemic understorey to   co-exist within the woodlots, it will be possible to approximate a forest of mixed age thus maximising both commercial returns and ecological values.

As a consequence of the implementation of this project the runoff from this property should revert to volumes similar to those prior to the clearance of the land; i.e. relatively little and very well filtered. The ongoing management of the productive system will require no irrigation and very little, if any, chemical or nutrient inputs and consequently, issues of concern to downstream stakeholders should not arise.

The learning curve was steep and initially progress was slow. The 1980s were spent working off-farm to pay out the other shareholders and the mortgage; learning the skills that farmers generally acquire by osmosis, together with those associated with the plethora of trades that we needed to design and build a solar house; installing wind generators, building dams, erecting windmills and establishing a yabby farm. Although we experimented with a number of exotic tree crops, out first serious plantation was a couple of hectares of Tagasaste, or false tree lucerne. This remarkable native of the Canary Islands can be grown as a hedgerow or a medium sized tree. It is a legume that produces very palatable, high protein foliage, heavy blossom and seed pods. Its wood is surprisingly dense and is a useful fuel. We fed this to our flock of Polwarth sheep and, after hammer-milling, the yabbies. Bundled, it provided food and shelter for juvenile yabbies. For a while this frenetic activity produced rewarding results. Despite the predation from the healthy fox population, our flock was thriving and the yabby farm was looking very promising with spectacular growth rates and easy marketing. However, as the decade drew to a close an assessment of progress on Ferret Farm was less than inspiring. The house was not completed and we were still living in a tin shed. The wool industry was in decline and the labour to harvest the Tagasaste could not be justified. Of much more concern was the change in rainfall patterns. Although total rainfall had not declined to any statistically significant extent, the distribution had. Given the deep glacial sands which constituted our main catchments, even a modest decline in mid-winter rain events had dramatic impact on runoff. The steady drop in our main dam spelt disaster for the aquaculture enterprise. It was time for a rethink. 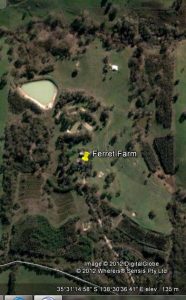 For most of the 1990s, as chair of the local LandCare group, my focus was to encourage the local farming community to strategically revegetate a percentage of their land, particularly in riparian zones, for the purpose of improving water quality, wildlife corridors and general reduction of land degradation. Our success was minimal. Farmers are inherently resistant to taking land out of production for notions of the greater good, particularly when those notions appear to emanate from city dwelling environmentalists. After all, it’s easy being green when someone else is footing the bill. My thinking returned to where it had started and agro forestry took centre stage in the drama. If the seriously over-cleared Fleurieu Peninsula (about 85%) were to be revegetated, there must be tangible economic reasons for doing so. Analogue farm forestry was the obvious answer. Given that thirty-five years is a long time to wait for a saw log and that Adelaide and environs imports over 30,000 tonnes of red gum from NSW and Victoria every year, and consumes and unknown quantity in excess of that figure, plantation grown firewood was an obvious adjunct for small commercial plantations. It does not take a very complex spreadsheet to amortise the advantages of the regular cash flow and opportunities to value add that comes with biofuel production, even if it significantly prolongs a sawlog rotation of problematic marketability. Thus began our association with The Australian Forest Growers (AFG).

It was not until 1995 that we seriously started planting our own forest. This period coincided with a state government initiative to promote farm forestry. We became a demonstration site for the Dept. of Primary Industries. They chose the species and provided the seedlings and we provided the rest. It seemed a good deal at the time, but in retrospect, the choice of species and provenance did not best suit the evolution of our marketing strategies. We began with a series of small adjacent plantings of Eucalyptus cladocalyx and Globulus, followed by more of the same with the addition of Acacia Mearnsii and Eucalyptus grandis. The total area planted was approx. 3.5 ha. A local contractor was employed to mechanically plant these initial sections in the deep sands. Subsequent plantings on heavier ground were planted by hand after ripping and mounding. Thereafter our planting regime was as follows:

Our planting methodology was entirely conventional, although we did eventually reduce our planting density to 800 stems/ha. to better suit initial thinning for firewood. We also selected a provenance of Cladocalyx from drier areas to allow for reducing rainfall. Our only claim to innovation is perhaps our approach to thinning and harvesting. Whilst we envisage that our plantations would ultimately produce saw log, the economics of such in our area are highly problematic. Lack of infrastructure and distance to markets create severe uncertainty of returns over a long rotation. Thus our focus in the short to medium term has been firewood, in addition to the brush. The small scale production of firewood has many advantages over a conventional forestry regime:

The management regime that has evolved is simple. After approximately ten years, thin to 50%. Thereafter thin every five years, depending on relative basal area measurement, ultimately leaving the best trees to grow out at a density of perhaps 100/ ha. or less. The decision to leave these for sawlog will depend on the realities of the market at the time. There may be opportunities for small scale boutique milling. 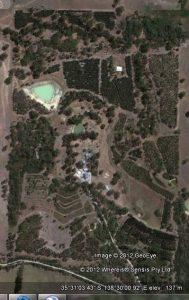 Our first thinning of Cladocalyx yielded approx. 16 tonnes/ ha. (1.6 t/a) The second harvest yielded approx. 40 tonnes / ha (8 t/a). The next thinning is anticipated to yield as much or more. However, it remains to be seen whether such yields can be maintained from coppice alone. Nevertheless, at our current modest retail price of $320/tonne, our gross return is in the order of $2000 /ha/a. in addition to the value of potential saw log. Local wood yards are currently dependent on Red Gum trucked 600km from interstate. These sources are becoming precarious as both NSW and Victoria have foreshadowed restricting access to these remnant forests. Currently the wood yard in Victor Harbor is delivering firewood for $375.00/tonne or more. Adelaide prices are even higher. Thus there is ample scope for improving returns. Returns for the 4ha. of Uncinata are comparable, but increasingly fragile, as we are now reduced to one buyer in Victoria.

I have been an executive member of the Mt. Lofty Ranges / Kangaroo Island branch of the AFG for…….. quite some time. We have hosted a number of field days and helped organise many more events. The most rewarding aspect of my association with the AFG, is the fantastic people I have met. Farm foresters appear to be a rather special breed. As I grow older and grumpier, my main regret is that I did not start planting twenty years earlier. My advice to wood be tree farmers: plant now play later.